Serialized fiction goes back to the time of Charles Dickens and is currently undergoing a revival in today’s digital world. Savvy authors around the globe are exploring this “new” way of publishing and reaping significant dividends. Join author Linda Poitevin for a look at Wattpad and Radish, two of the models currently available for serializing fiction, and learn how you can grow your own readership (and make money!) by joining the movement.

Linda Poitevin is a former ORWA member, a copy editor, and the author of six full-length novels and one novella. She is both traditionally and self-published, and writes across a variety of genres including dark urban fantasy, contemporary romance, romantic suspense, and (coming soon!) sci-fi pulp fiction. An active panelist and speaker, Linda presents workshops to other writers on the topics of social media, serialized fiction, and focusing on writing as a business. While she is not yet supporting her family with her fiction, her husband hasn’t given up hope.

In 2014, Ottawa author Linda Poitevin decided to try an experiment.  She’d recently gotten the rights back to her first romance novel.  She gave it a fresh edit, a new title and a new cover and then looked through the self-publishing options.  She decided to give Wattpad a try, uploading a chapter a week.  Within nine weeks, she’d sold more copies than she had during the previous year.  She arranged for Wattpad to feature her book and Gwennyth Ever After became the number one romance on the site, with thousands of followers and millions of reads.  More importantly, many of those readers were willing to pay to buy the novel, increasing Linda’s sales.

So how can other authors follow Linda’s path to serialized success?  The first key is to understand Wattpad and how it works.  Wattpad is an active community of readers and writers.  There are 45 million unique readers currently registered, most of whom use the site through mobile devices.  There is no cost to use Wattpad.

The first question an author has to ask is: if I’m giving my book away for free, how does that translate into sales?  Some authors don’t publish a complete manuscript, although this can cause a backlash among the site’s readers.  Linda recommends putting up the entire book, one chapter at a time to build suspense.  She had a reminder at the end of each chapter that if readers didn’t want to wait, they could purchase the book through Amazon or iBooks.  She left the complete book up for several months and then trimmed it back to an excerpt of the first few chapters.  While the complete manuscript was up, she also included promotional material for her other books.

However, it’s not enough to simply upload a chapter every now and then.  It’s critical to be consistent, as eager readers will be waiting each week.  And every upload should be promoted with the same vigor as any new release.  Send out notices on Facebook, Twitter and any other social media.  Use the hashtage #Wattpad to attract new readers looking for fresh stories.  Talk to Wattpad about setting up a feature.  And don’t hesitate to use Wattpad’s reader data.  Authors can track who is reading their stories by demographics (including age, gender, and geography), level of engagement, and see the number of unique readers vs. enthusiastic re-reads.  This information is invaluable when creating targeted ads in other venues, such as Facebook.

That’s the business side.  But there’s also a personal side.  Readers can comment on your book through Wattpad, so be responsive to them.  There are also clubs and forums that you can join.  This is the part that makes Wattpad invaluable.  It’s a chance to interact directly with readers, who won’t be shy about telling you exactly what they liked and what they didn’t.

By being willing to think outside the direct-sales box, Linda Poitevin was able to jumpstart her career to a new level and gain thousands of fans.  Not bad result for the Great Wattpad Experiment. 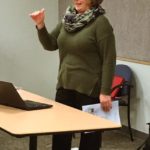 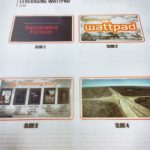 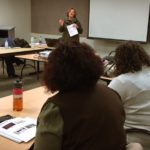 Next month, ORWA authors will be sharing what to do after The End.  There are dozens of steps between finishing a book and getting it ready for publication and we’ll share them all.  Join us on Sunday, April 2nd from 2:30 to 4:30 in Room 1A at 101 Centrepointe, across from the library.